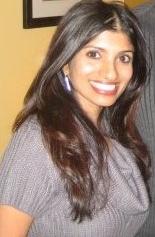 I remember my first time vividly. It was my freshman year of high school, and I was in Mrs. Sloane’s English class. Not typically one who was tempted to cheat, I had to forcibly suppress my desire to peek a glance at my neighboring classmate’s paper to see what she had written. Sweat drops beaded around my temple as I blankly stared at the pristine white sheet of paper entitled, “My New Year’s Resolution.”  It was written in my signature, calligraphic cursive handwriting. But the handwriting, which had once won me penmanship awards in the 1st, 2nd, and 4th grades now mocked me, challenging me to think and write down a list of resolutions that could improve or change my habits or (gasp!) even maybe my life! I glanced around the room, noting each of my classmates were rapidly scribbling away like seasoned novelists. I glanced worriedly at Mrs. Sloane who stood at the front of the class, forearms resting on the wooden podium as she closely monitored the class like we were inmates at a federal prison. Perhaps it was the “deer in headlights” look in my eyes that finally broke her stoic silence, but a smile broke out over her severe countenance. Smiling reassuredly at us, she addressed the class: “Don’t let this assignment intimidate you. I’m not grading you on what you write down, unless it’s something extremely silly and I know you’re not taking the assignment seriously. You can write down anything you want…just think of even small things you would like to change/improve in your daily habits…exercising more…watching less television…turning your homework in on time,” she added pointedly looking at one of my less studious counterparts. “ Just remember to be specific…”

My head reared up and I sat up in my chair. Really? That was it?! Watching less t.v. counted as a New Year’s resolution? Relief flooded through me. I could think of several things like that! I quickly jotted several items on my list and then flipped my paper over, clasping my hands over it protectively as I patiently waited for the rest of my classmates to finish their lists. My eyes darted from one desk to another, noting that several students were still working on their lists. This wasn’t a novel, for goodness sake…it was a list!  Everyone could make a list! I crossed my hands over my chest confidently. This was undoubtedly the easiest assignment Mrs. Sloane had given us, and I was guaranteed an “A.” Two weeks later I had managed to break every one of my New Year’s resolutions.

And so began my love/hate relationship with writing and keeping New Year’s resolutions. By the time I reached college though, I had all but abandonded writing them. My freshman year, I was so idealistic that I wrote goals that were not realistic, given my current financial situation, such as traveling to Europe. My sophomore year I was so overwhelmed by exams, finals, etc., that I had completely forgotten about them. My junior year I had evolved beyond the need for writing any (I blame that one on my Existential philosophy classes), and my senior year, I was once again so overwhelmed with final exams that I, again, had completely forgot about them.

Then my mid-20s came. There was just something about the end of the year that not only begged for celebration but for self-reflection and self improvement, and so post-college, I returned to the yearly ritual of writing resolutions down each year. Although I had “failed” at keeping them, like a masochist, I, along with the rest of the country, participated in this national ritual. Perhaps, it was my own stubbornness, but I was determined that one of these years, I would actually be successful at keeping them…at least one of them. But as the cycle began again, a new yearly ritual began…seeing how long would I last before breaking one of them? It became a bit of a joke and a challenge between me and my friends to see which one of us could last the longest. But soon the challenge switched to see which one of us would be the first to break it.

Somehow and somewhere in the midst of that endless cycle, I finally had an epiphany in my late 20s. Who said that one day of deterring from my goals was a sign of complete failure? As the old adage goes, if you fall of the horse, get right back on…

And with that realization, came another…who needed to wait until the end of the year to make a New Year’s resolution? Every day was a new opportunity to make a fresh start. Each day is a chance to change/transform myself into the person I aspire to be.

A few years ago, a song came out, sung by Natasha Bedingfield, reminding me that each day of my life was a blank slate, a fresh page for which to start writing the script to my life.  I share those lyrics with you:

I am unwritten, can’t read my mind, I’m undefined
I’m just beginning, the pen’s in my hand, ending unplanned

I break tradition, sometimes my tries, are outside the lines
We’ve been conditioned to not make mistakes, but I can’t live that way

Staring at the blank page before you
Open up the dirty window
Let the sun illuminate the words that you could not find
Reaching for something in the distance
So close you can almost taste it
Release your innovations
Feel the rain on your skin
No one else can feel it for you
Only you can let it in
No one else, no one else
Can speak the words on your lips
Drench yourself in words unspoken
Live your life with arms wide open
Today is where your book begins
The rest is still unwritten

One thought on “Each Day is a Fresh Page”

We're modern women just like you, loving Jesus, and sharing our stories in an honest, personal and meaningful way. FemmeFuel aims to inspire, empower and provide you with the fuel you need to live out your purpose in Christ.