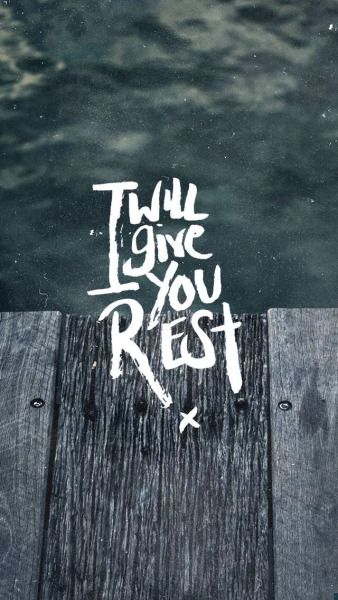 I recently wrote that I am ending my struggle with the traditional definition of rest.  As with most newly discovered revelations, it takes some time to swim through the bottleneck to the peaceful space of understanding.

Just to recap the last few months, God offered me a big plate and I gladly took it.  Three months of serving, giving and sharing.  It was a bit of a whirlwind, but I knew each event, time to share and work-behind-the-scenes had a beginning and an end.  My heart was beating for the women who did the work with me; the women and girls we were ultimately serving; and for the battle ground for good we were claiming.

The God-strength in me for that itty-bitty season looked like/felt like the tenacity of many horses running together.  And, that is sort of what is was; a whole lot of sisters running a really good race together.  Sometimes we are lucky enough to see the hopeful dreams in our heart work out in every day, small living.

Undoubtedly, the vibrations of our sister feet on the pavement woke up the darkside.  I could see how my spirit could have been slowed up or cancelled by discouragement and disappointment.  The world is good at that.  But sisters prayed, passed on bricks of encouragement and God showed up.

On the physical side of things, I hurt my back at bible study in the middle of all this.  Really?  I got a crazy flu and bronchitis.  Huh?  The combo of the back injury and the respitory infection made it feel just awesome to breathe.  Nice trick darkside.  Funny enough, nothing got in the way of the good work.  When we are weak and down, somehow He knows to dig deep in our souls and make magic out of a beat up body.

Just a few weeks ago, my plate was complete.  The round, shiny plate that was once full was emptied by the completion of some good works with good friends.  This is where I am.  This is the bottleneck.  What does a big heart do with a big, empty plate?  My soul yells, fill it!  Lord, what will I do for this next season?  Wisdom tells me to wait.

Really, finding your way of rest, is worship.  He desires to bring you rest for your soul.  And, because you are made in His image, with a big, red beating heart that pumps best when you cling to Him, He has a very specific and unique design to bring you rest.

Your rest may look wild or adventurous.  It may be quiet and still.  It may ebb with activity or sway in a hammock with the gentle wind.  As He leads, you will find rest for your soul.  As you live in His rest, you are worshipping Him.  Keep moving and breathing in Him.  Keep resting and worshipping.  Keep swimming through the bottleneck to the open space He calls rest.

When most of us look back at our youth, particularly our teens and our twenties, it is often the great loves in our life that come to mind…that first playground crush in elementary school. That first love in high school whom you spent Friday nights with at Pizza Hut after the football game. The scruffy haired college boyfriend who had a penchant for cafés and Nietzsche. And that first serious “real world” boyfriend who had a “real” job and took you to “real” restaurants, always insisting that you never ever pay even though you offered.

For me, I met my first love at 30 and married him at 31. While my youth and twenties were spotted with unrequited crushes, those are not the relationships that come to mind when I think of my past.

You read about the first one last week…Becky Dunn. She moved away after 6th grade. But our story didn’t end there. We wrote to each other pretty regularly even after she moved. In fact, we wrote to each other throughout our junior high and high school years. True, our letters decreased with each passing year, but distance hadn’t changed our friendship. Any time we spoke, it was like no time had passed. Like the sign of any good friendship, we’d pick up right where we had left off. And then one day, those months turned into years. But even then, we somehow managed to “catch up” on each other’s lives. Until slowly one day, I got the distinct feeling she no longer wanted to keep it up anymore. There were subtle hints, like I’d always be the one initiating contact…and she’d be slow to respond…until one day, she didn’t return my phone call. And when I followed up a few weeks later, she had moved with no forwarding phone number or address for me to reach her. And in a blink of an eye, a 20+ year friendship was seemingly over.

And then there was Noemi Dominguez. If Becky was my childhood, Noemi was my adolescence. From 7th grade on, we became fast friends. Fellow French horn players, we also played on the school tennis team and shared a wicked sense of humor coupled with a wicked love of romance novels. She is the reason I know every important line of the original Star Wars trilogy. She is the reason I had a crush on Davy Jones and watched every episode of The Monkees. We had a secret language that often required nothing more than a look and a giggle…and after taking shorthand together in high school, we could also literally write notes “in code” to each other.  We were best friends until the day she was murdered in 1999. Another friendship over before its time.

And then there was the best friend I made my freshman year in college. Naturally very shy and introverted, she opened up to me and clung to me like life support all four years of college. When I started my first job, she’d often call me at work on the days she was off. Sometimes we’d meet up for dinner or happy hour after work. And since these were the days before cell phones were so prevalent, by the time I got home, she’d call me again… “just to talk…” I loved to talk and I had nothing better to do, so at the time I didn’t mind. Neither did I mind when I moved away for grad school, and the following year she also moved into my apartment complex and started grad school at another nearby college. It almost sounds very SWF (Single White Female), but it was innocent enough. We both came from strict Indian families and faced similar family dynamics and pressures regarding marriage, career, etc. Neither of us had ever had boyfriends or any luck with boys being interested in us. So for 8 years we probably talked almost every day. Until one day, her parents set her up with someone. Two weeks after meeting him, the phone calls decreased dramatically. One weekend she didn’t even bother returning any of my phone calls. When I later asked her about it, she said she wanted to call me back but had “forgotten my phone number…” Yeah, except that this was the same number she had been calling for 8 years. When I reminded her of that, she laughed and said, “You know what a bad memory I have…”  Apparently so…she hadn’t just forgotten my number but apparently also 8 solid years of friendship.

And then there was M.  Another college friend. We became close my senior year in college. She was also Indian, faced similar pressures regarding marriage and career, but she was what I would call the rebel. She was the bohemian hippy who lived by her own rules. She eschewed tradition and embraced her own ideals. But despite my conservatism and her anti-traditional Indian views, we somehow also became good friends. Our friendship waned briefly when I moved away for grad school, but once I was back in town, our friendship was on like Donkey Kong! Shopping, eating out all the time, movies—all the things good friends do…we were full-force right through the day I said my “I do’s” and moved away. And then suddenly my friendship with her hit a brick wall. Then she, too, avoided my phone calls. No fighting. No falling out. Just another 10+ year friendship…gone with the wind.

Not all of my friendships have ended so dramatically, of course…but most of them have changed in intensity. Some of it is natural, of course. Most of us are now married, and most of us have children. (Except maybe M.) But between work, kids, spouses, and everything in between, keeping up friendships can be challenging even if the heart is willing.

There was a time when I was bitter about my lost friendships. I had invested so much energy, so much time into them that to have them end at all, was upsetting. For a long time I couldn’t understand how my friends who once said things like, “You’re the sister I never had…” or “I’m closer to you than my own sisters…” could later treat me like some casual acquaintance they had barely known. But in that way, I’ve learned, friendships are like romantic relationships…for them to work, both people have to want them. Both people have to want to put the time in.

I think one of the reasons that the show Sex and the City always appealed so strongly to me was not the crazy, outrageous risqué topics that were discussed on the show. Nor was it the beautiful clothes and shoes. Nor was it the chic clubs and restaurants featured. For me, it was always about the friendships. The fashion, the men, and even New York City, were nothing more than accessories and backdrops to the main feature—the beauty and power of female friendships. Even though the men often never lasted, there was a beauty in knowing that at the end of the day, the four of them had each other. That was all I had ever wanted from any of my own friendships…and until my mid to late 20s, that’s all I had ever known.

But I’m no longer in my twenties, and I’ve learned the hard way that not all friendships are meant to last. Like every season in our lives, all we can do is cherish them for how they blessed us at the time. Yes, there are those die-hard friends, the ones who will truly stick to you like glue. No matter what, till death do you part. Yes, some friendships are meant to ride off into the sunset together. But there are other friendships that bloomed once so beautifully, so fragrantly, but are now nothing more than a dried up rose, a reminder of what once was.  True, we must lay them to rest and let them lie where they belong…in the Past. But that doesn’t mean we have to forget. Like a dried flower in a book, those memories can still be preserved. At any given time, we can pick them up, savoring the Sweetness that once was…the Beauty it once had….the Joy it once gave… Reminiscing. Remembering. Reliving. But never Regretting.

We're modern women just like you, loving Jesus, and sharing our stories in an honest, personal and meaningful way. FemmeFuel aims to inspire, empower and provide you with the fuel you need to live out your purpose in Christ.